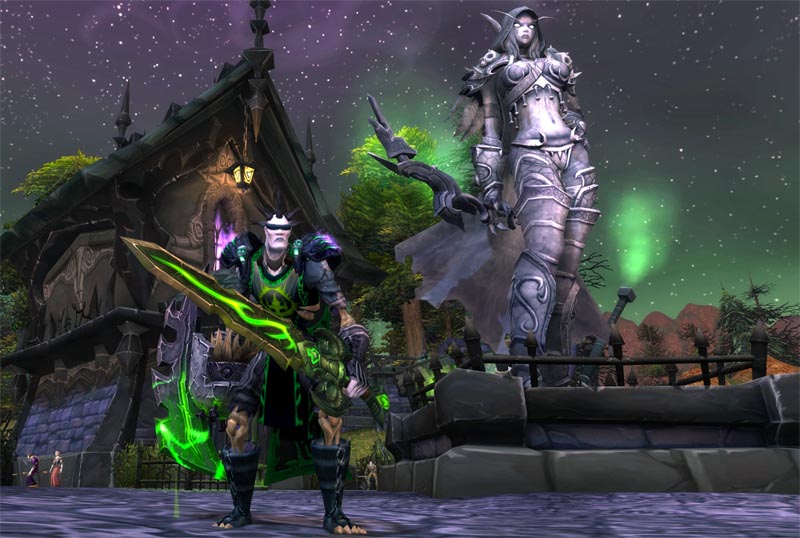 In honor of Legion our very first transmog is by Terrorskull whose guild updated their Guild Tabard in anticipation the the upcoming expansion. Terrorskull designed a transmog to fit with the Legion theme and was generous enough to share the details. One of the neat things about this transmog is the variety of weapons that work with it; it truly becomes a mog that will work with every spec. Terrorskull went all over creation to obtain these items so expect to be running plenty of old content if you want to replicate his look. Obviously not everyone’s guild will have a conveniently Legiony tabard so we’ve included a few alternative options for both the tabard and cloak.