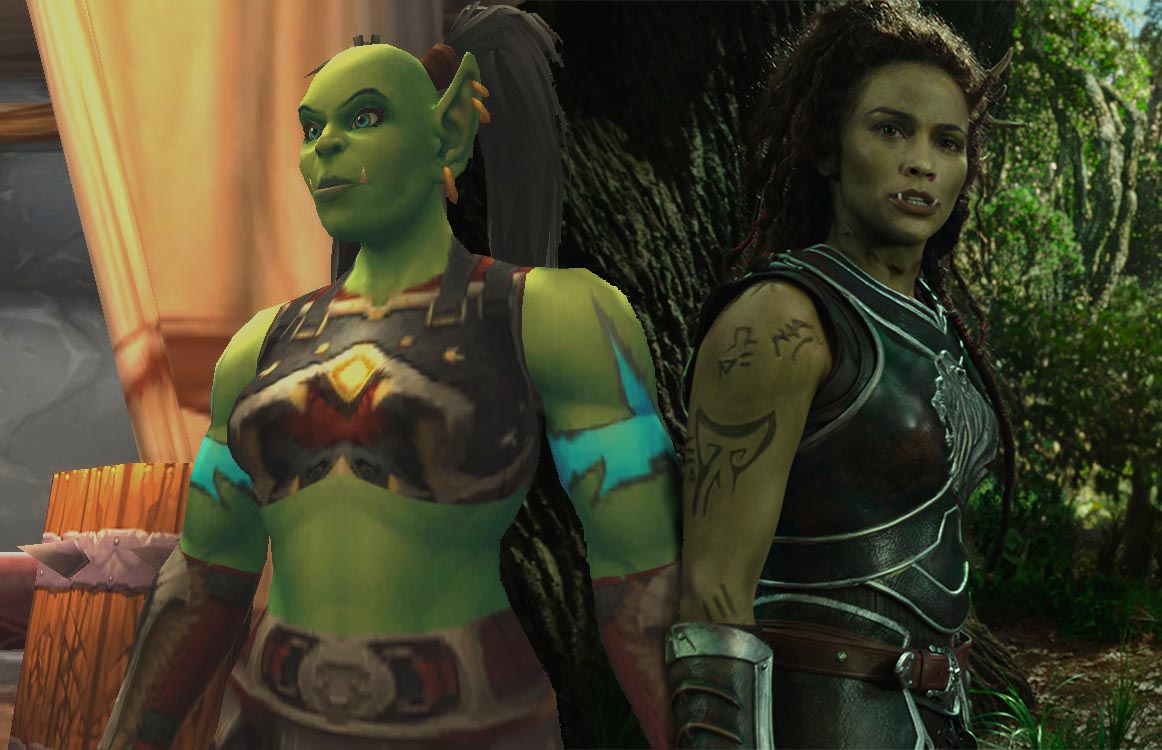 Garona. We know her as the consummate assassin. In the World of Warcraft that we live in, it is she who slew King Llane Wrynn, albeit against her will, with the blades Sorrow and Anguish. It is she, driven by revenge, who aids us in finding Cho’gall in Twilight Highlands. It is she, albeit an alternative universe version of her, who ambushes us in Frostfire Ridge, attempts to assassinate Khadgar, and ultimately befriends us in Warlords of Draenor. It is she who bequeaths us her ill-used blades in Legion if we select to have our Artifact Weapons be for Assassination. And it is now she who is front and center in the previews for the film, Warcraft. With the film still a few weeks away from release, we can’t know yet that we will recognize what we know as Assassination Rogue in her actions, but we do have the prequel novel, Warcraft: Durotan, and we can look within its pages to see how rogues fare in this telling of the story.

Garona and the first assassination are introduced early in the novel, however it is not Garona who wields the deadly blade. Gul’dan, her master, tricks Garad into effectively assassinating himself with a poisoned dagger, but the Assassination class icons are right there: the dagger and the poison. Although passive, she still exhibits cunning and her initial communication in Draenei was effectively stealthed as she communicates with Draka in a language that Gul’dan cannot understand. Her role in the novel is a small one, and despite the Assassination class icons making an appearance, we don’t have a great deal to reconcile with the in-game rogue or even the in-game Garona. We would probably be better served to wait for the film and its novelization to discuss her as a class representative.

The concept of Class with its rules, structures, and limitations is a conceit of the game and while seemingly not overtly represented in the world of the novel, can still be discerned in key characters. Class archetypes are obviously represented, for example, in Drek’Thar the shaman, Gul’dan the warlock, and Orgrim the warrior to name a few. Garona’s limited role may not allow us much of a glimpse of our class, but are there other places that we can look to to find rogues. While hunters and warriors, as well as shaman are well depicted among the Frostwolves, rogues don’t seem to be present. They can, however be seen in the novel’s Red Walkers. The Red Walkers exhibit several very roguelike traits: not only do they attack from concealment, for example ambushing Durotan and his comrades at the Seat of the Spirits, but the Red Walker that Durotan faces first in the final battle of the novel dual-wields small axes and seems more reliant on speed and agility than strength.

Perhaps the best representation of the rogue class can be found in the Red Walker chieftain who faces off with Orgrim. He is described as wearing “only the barest scraps of armor,” somewhat like in-game rogues who cannot be burdened with armor heavier than leather. In behavior also typical of the in-game rogue, he kicks an opponent to subdue her, and, much like his unfortunate aforementioned clansmember who was dispatched by Durotan, he wields two axes “so swiftly they were blurs.” This imagery is iconic of the Combat (now Outlaw) rogue: the double one-handed weapons and the swift, relentless attacks. One could even make an argument that he uses Vendetta (although it is an Assassination ability) or is talented into Marked for Death as he makes his way towards Orgrim across the melee, “his head swiveling back again and again to check Orgrim’s location.”

This version of the world may not be as structured and rule-bound as the game that we are used to, but Christie Golden’s masterful storytelling and complete understanding of the workings of the game gives us glimpses of what we know and who we are, and allows the world a familiarity beyond location and lore. Warcraft: Durotan is a different take on the story from what we know, but it is a compelling and well-told tale, and very much worth a read. Just as Warlords of Draenor offered us a look at an alternative version of the universe, the film world gives us another. In this universe, while events are familiar, details are very different. We can only hope that Garona the rogue will get as fine a treatment in the upcoming film as Durotan and the Frostwolves get in this novel. It will be interesting to see how it unfolds, how this paragon of the Assassination rogue is portrayed, and whether will will witness our future blades, Sorrow and Anguish, on the big screen before we officially get to wield them ourselves. Dare we hope for more rogues like the Red Walkers? Will we witness this new version of the world and recognize in it, ourselves?

Image: In-game Garona vs. On-screen Garona. Paula Patton as Garona in the film from Legendary Pictures.