In a recent Twitversation about poisons spurred on by @SvelteKumquat’s latest Encrypted Text I mentioned that one of the things I liked about the old poison system was how needlessly complex it was. Rfeann responded with a degree of disbelief and it got me thinking about the value of needlessly complicated mechanics in games – specifically World of Warcraft.  In this blog post I will go through a few needlessly complicated mechanics that I have undergone and enjoyed, discussing what I found fun about them.  At the end I’ll probably find a way to tie it all together into something that resembles sense.

I suppose it makes sense to start with the topic that brought on this conversation in the first place.  Back in Vanilla, poisons were effectively a really simple crafting profession, complete will skills and reagents that were bought from vendors.  Poisons had a duration of 30 minutes, but had charges so they would occasionally fall off early during periods of prolonged combat.  If that’s not complex enough, in order to even learn the poison skill you had to complete a quest chain requiring you to sneak into a tower, pick a high-level mob’s pocket (unless you were overleveled for the quest a lone rogue had no hope of soloing the dude), and open a chest using the rogue’s other trained profession, Lock Picking.  Of course if you didn’t have enough skill in Lock Picking you’d have to build it up, but that shouldn’t take too long, just pick lots of pockets and remember to have your Thieves Tools on hand.

In order to understand the appeal of the Vanilla poison system one must understand that back in the day, World of Warcraft was a much slower game.  Not in terms of lag or anything tangible, but in terms of tempo.  Dungeons required finding a group in trade/LFG chat and then making the trek to the stone (usually with sub-100% speed mounts); Battlegrounds required the appropriate number of players on the worse faction to want to play; quests, reputations, and professions were grindier….  In fact the only thing that was faster in Vanilla was how quickly a rogue could murder other players.  This tempo made the grindiness of poisons much less of an issue, and I would argue that if it was reimplemented in today’s WoW the system would feel jarring and out of place.  With that perspective the downside of making poisons was really just spending slightly more time tabbed out on Thotbot.  Immersion was greater then for a variety of reasons, and crafting poisons not only added to that but was also made better because of it.

As far as the other benefits, the poison quest is probably most-cited by rogues for why Blizzard should bring back class-specific quests.  The immersion, reliance on the rogue toolkit, and difficulty all combined to make it transcend being simply a fun experience and become a reason to play and even develop games.  In fact, that should probably go on my list of things to tell my grandchildren about when making baseless claims regarding how much better we had it back in my day.  The skill system also made it very satisfying when you got the ability to make a new rank of poison or fought another rogue who had not maxed their skill. 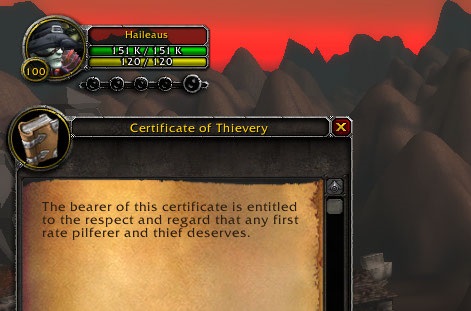 Phasing, Jeofry!  (Hard to understand, and even harder to justify!)

Brief apologies for talking about another game here, but I started playing Magic: The Gathering last year and no discussion of needlessly complicated mechanics would be complete without giving that card game an honorable mention.  Without going into detail, the people who make MTG have made some pretty strange mechanics in the 22 years that the game has been around.  One such mechanic that stands above all others in the “why is this here” departement is Phasing.  Basically a thing is in play, but disappears, but is also still totally there – it’s just not.  One particular card that utilizes this mechanic on a large scale has caused a great deal of amusement for me and my friends.

In Magic  there are tons of needlessly complicated cards.  Some of them are good, some of them are bad, and some are just plain weird.  That said despite – or in fact because of – that quality I have had a lot of fun with each of those cards. 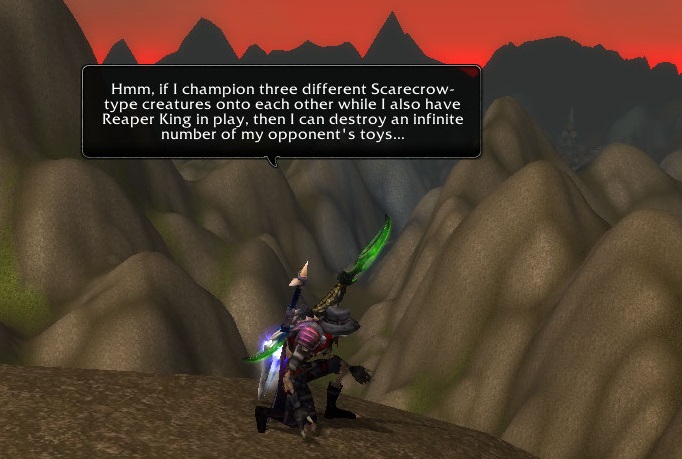 Meanwhile, back at the plot…  (Daggers!)

You know what else in Warcraft is needlessly complex?  Legendaries.  With the exception of Thori’dal, the Stars’ Fury and (I guess) Talisman of Binding Shard, every legendary equipment in WoW has been needlessly complicated.  Consider the legendary dagger quest line.  We had to save an egg, kill bad guys like 50 times, kill the same bad guys for the same things like 50 more times, and sneak into approximately 3 locations.  Three!  And the item procs were needlessly complex too.  They could have just doubled finisher damage and left it at that but no instead we got stacking agi buffs that would then nope-out and instead become combo points.

While I understand there are plenty of legitimate balance concerns about legendary items, I think most would agree that using a legendary item is great fun and that with the exceptions of the bow and the stupid cape and ring quest chains the process of getting legendaries is an adventure many players have fond memories of.

The Conclusion (Damn, now I have to think of a conclusion!)

At the end of the day I remain convinced that there is some value inherent in the needlessly complex.  These systems are responsible for many of my greatest in-game memories.  Completing them properly is often an ordeal in itself and one that usually causes satisfaction for the player.  While they are often tedious, they do not have to be.  Finally, occasionally you get to brag about your accomplishments, and when you do suddenly everything is worthwhile. 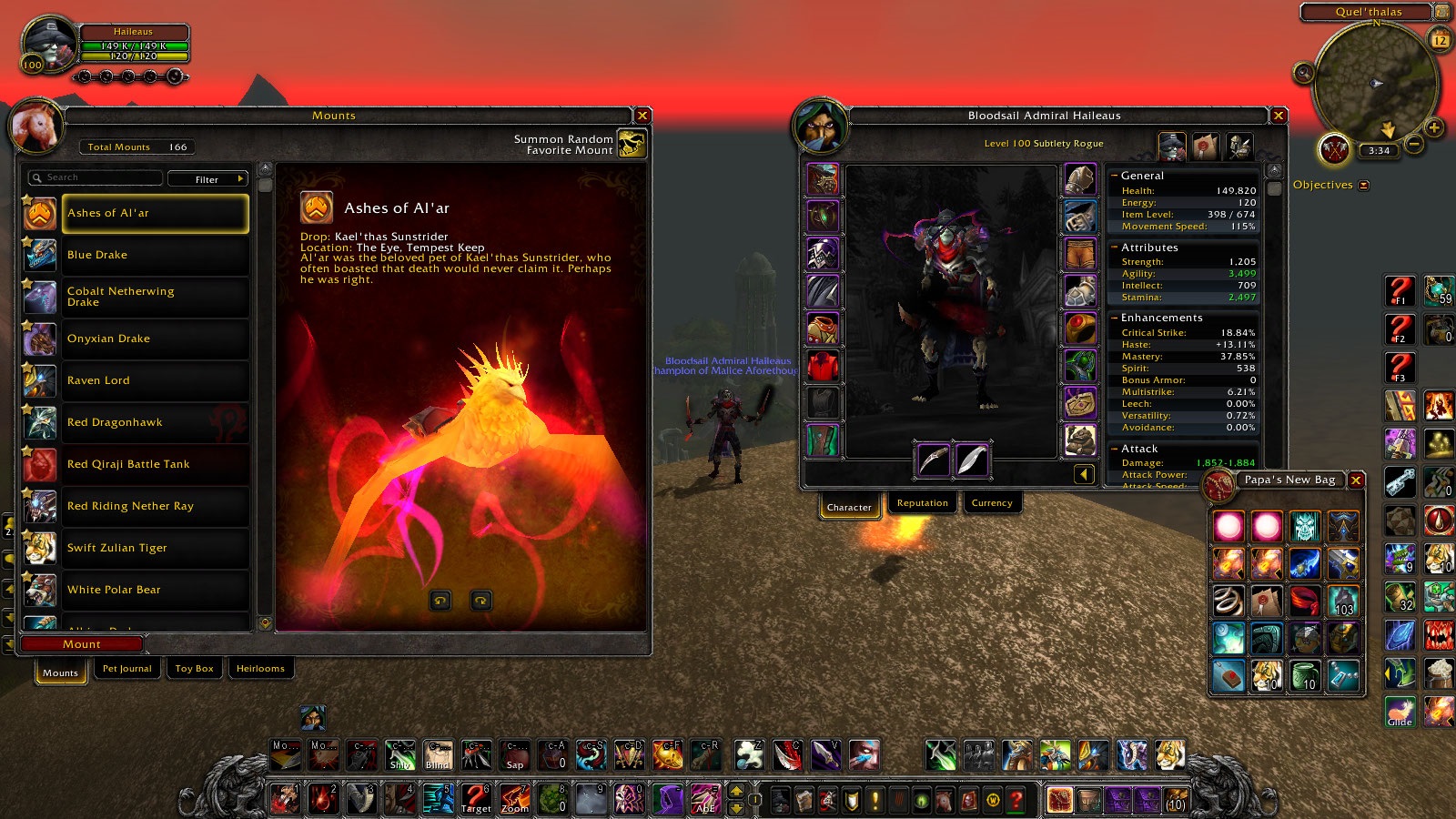