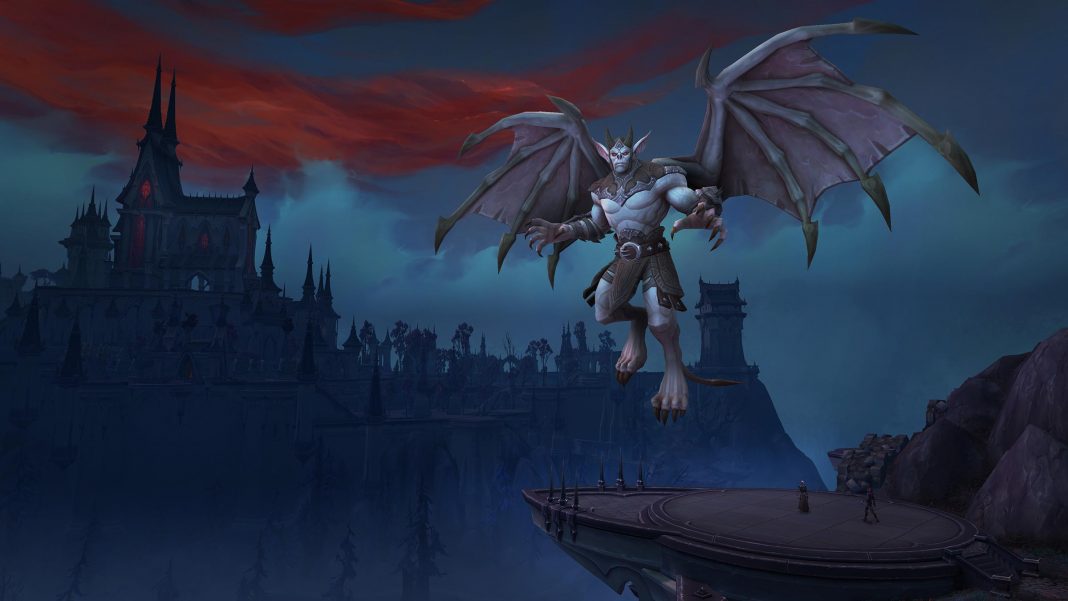 Shadowlands Alpha is here and along with it Blizzard is sharing information on what we can expect to see in the next expansion. We have gathered a few rogues here to talk about their thoughts on what we are learning. Remember, this is Alpha, nothing is set in stone so don’t be surprised if some of these details change.

Blizzard announced these in this post: Shadowlands Class Updates.

Throughout WoW’s history, Rogues have always had a broad utility toolkit for damage, control and survivability. But, during the development of Legion, we felt a need to distinguish each of the specs from each other and give them a unique identity. This resulted in us dividing up much of the core Rogue kit amongst the three specializations, making each feel a bit thinner than before. For Shadowlands, we’re working to correct this problem by restoring many iconic Rogue traits to the base class, while preserving much of what’s novel about each specialization.

The three specializations of Rogues share the teachings they’ve learned while mastering their vicious skills. Assassins teach the basics of Poisons, allowing Subtlety and Outlaw to once again coat their blades with Instant, Crippling, and Numbing Poisons. The lost art of a well-placed Shiv in a target’s side allows a concentrated version of poison to infect the target for a short duration. Pick Pocket will frequently uncover new ingredients that can be mixed into their Crimson Vial, augmenting its power the next time the Rogue drinks it.

Slice and Dice and Poisons for all is exciting!

Concerned about the significant Crimson Vial heal reduction. Despite “conventional wisdom,” Rogue personals are actually very limited right now without Elusiveness. However there are some notes in the overview about changes to Pickpocket which could augment Crimson Vial, so will wait to pass judgement!

Would really like to see some improvements to Evasion as a skill for the vast majority of PvE situations where Dodge does nothing.

Breaking up the spells into leveling upgrades is a great change for new Rogues!

Poisons to me feel very thematic to the rogue class, I’m glad to see them return. [Shiv] returning more similar to its MoP version but as it seems now with a vastly reduced pool of utility poisons to utilize. It remains to be seen if it’s going to only be utility poisons like in MoP or if it’s going to become more of a damaging move again. Either way, I welcome more situational tools.

I’m always partial to picking pockets! [Pick Pocket] is a really flavorful ability that has been hard to do something impactful with. In a world with fewer never-ending grinds, such as AP[1], I’d welcome the return of some maintenance grinds to keep your character’s power up. The [Crimson Vial] feels like an interesting place to complement the [Pick Pocket] change.

The general changes made towards rogues feeling a lot more connected as a class by adding poisons, slice and dice, shiv, and making pickpocketing more important I think are overall great.

Poisons are pretty boring in terms of “what they add to the actual rotation” because all they really are is just a buff you apply once an hour for some random procs at damage. They do add a lot of flavor for rogues to feel “like rogues” and less like the individual specs they end up choosing for what it’s worth, but having to reapply poisons once an hour isn’t really my favourite thing to be doing.

Slice and Dice coming back is probably good for the overall goal of “feel like rogues” as the ability has been so iconic for so long, and it ends up with a lot of internal synergy. It gives outlaw a new buff to play with in RTB and it makes it so sub rogues generate combo points faster with shadow techniques. Not only that, but it finally removes it from the outlaw talent tree where it was such a useless talent for so long.

Poisons are back for everyone. I was someone who was wary of this, even if probably in a minority there. I totally see the flavor of poisons and how iconic they are. I just never thought they add anything in terms of gameplay because it’s pressing two buttons every hour and, as a Sub main, I am not looking forward to be doing that again. If you ask me I’d at least make poisons permanent until changed. Then again, I also don’t like class buffs.

I have to note that I really loved the spec flavor reworks we got with Legion. Every spec got its own theme and I am wary of steps back on this. However, Blizzard stated that they want to find the right mix of iconic class stuff and spec flavor. Going back on poisons for everyone seems to be in that ballpark and I am fine with it. So far the general direction looks good to me. We see a couple of steps back to what we had in Warlords of Draenor but in moderation.

A very noteworthy mention is the return of Slice and Dice for all specs. Rogues will have to track one more buff to keep up just as they did back in WoD. I’d love to give it a spin on alpha to see how much of an impact this has on the specs’ pacing.

For all three specs, Shiv is returning and I am happy to see Rogues being useful for Enrage dispels again. Pick Pocket getting some additional utility interaction with Crimson Vial was a complete surprise but sounds also really cool. I am always happy when there is some Rogue flavor stuff. (I also hope they’ll never “fix” Glyph of Disguise…)

Talent trees across the board seem unfinished and I expect a bunch of upcoming changes or at the very least the already announced changes that are not in the current build.

I am good with poisons coming back for all specs although I’m not looking forward to constantly reapplying them again. We’ve been so spoiled! That said, I would love to see something new and interesting done with them. If they can be mixed like the Crimson Vial additive concept to add an additional affect – something I have to choose, and maybe change situationally. I’d love that.

I like Shiv coming back. Utility is a lovely thing and I think it’s a pretty iconic ability.

Reactions for Each Spec:

Check out all of our Shadowlands coverage: