Hey all, in this post I’ll be going over some of the fundamental ways to improve raid performance.  While this is centered around raiding rogues, the general principles apply to all classes and all areas of the game.  Anyway without further ado, here is How to be a Perfect Rogue in just Three Days Steps.

Rogues have three resources:  Energy, Combo Points (CP), and Uptime.  Without Energy we can’t use our abilities, without Combo Points we can’t use our finishers, and without Uptime we can’t even melee.  For anyone looking to increase their DPS, maximizing these resources is one of the most important – and challenging – things they can do.

For Energy and Combo Points the name of the game is not going over the maximum.  For energy this means never pooling energy so much that you reach your cap (100 base, +20 with Glyph of Energy, +15 with Lemon Zest, +20 with Assassin’s Resolve).  It also means making sure to dump energy if you know that you are going to lose uptime soon.  Combo Points are a similar story.  Using a generator when capped or using Marked for Death when already at 1+ CP will translate to wasted Combo Points.  Now of course there may be times when the situation or your rotation requires you to do this, for instance Combat rogues can rarely do better than using Marked for Death at 1 CP due to Ruthlessness and Assassination rogues should not be squeamish about using Mutilate at 3 Combo Points.

The first and most important way to maximize Uptime is to not die.  There have been times when I have actually stopped DPS and run away from the boss for multiple seconds because there was AoE near the melee pile and I was at low health.  I distinctly remember after one such occasion placing second on overall damage, which for me with this group is actually slightly above average.  After not dying comes the more traditional form of Uptime, staying on your target.  This is usually done by minimizing travel time using Sprint and our tier 60 talent (usually Shadowstep but occasionally Burst of Speed for PvE).  This is where it is important to know fight mechanics, as for some fights it may be worth it to use Shadowstep for a very slight knockback whereas for others it may be a poor choice as saving it for another mechanic is more important (Think Imperator, where the adds push you when they die but you really want to be saving Shadowstep for the boss’s AoE).  The other way to increase Uptime by staying on target is ignoring mechanics using abilities such as Cloak of Swagger, Feint, and Smoke Bomb.  By ignoring waves of death that would otherwise destroy anyone near your target you can get an edge on the other members of your raid.  In fact, this is one of the ways in which rogues have historically shined, and one of the reasons that I genuinely think that if all specs were capable of dishing out the same amount of damage per second, rogues would naturally rise to the top. 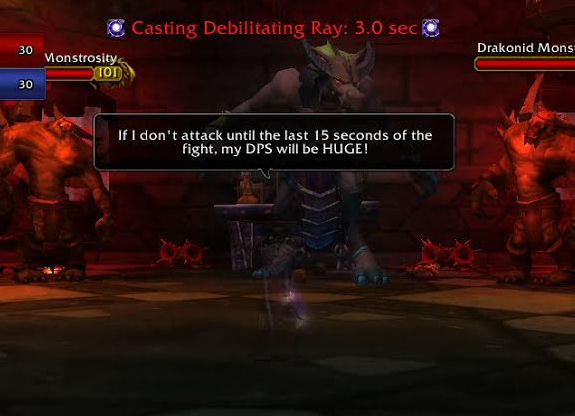 Even with 100% Uptime and no wasted energy/CP, a rogue will not be topping any charts with a broken rotation.  While most people reading this have probably read our guides, knowing the most up-to-date rotation and understanding it are two entirely different things.  This goes a bit into theorycrafting, but honestly thinking like a theorycrafter is exactly what I’m suggesting you do.  Using the Subtlety and Combat rotations as examples there are a few places where understanding the rotation can lead to non-trivial DPS increases:

Proper Pooling:  It is suggested that you pool energy before using most cooldowns.  This is because for cooldowns that create windows of increased damage from abilities (Shadow Dance, Vendetta, Shadow Reflection) it is beneficial to load more abilities into those windows, and since our abilities require energy, having a stockpile will allow that to happen.  That said when you consider the “why” it may become obvious that pooling Combo Points for those phases will also increase DPS.  In fact, the same logic can be applied to procs.  If I am running a weapon with the Frostwolf enchant, then pooling energy and Combo Points when I have no damage buffs so that I am ready to take advantage of a Frostwolf proc at any time will yield good results.  This is actually one of the main ways in which Anticipation can be a DPS increase, as pooling Combo Points without this talent is virtually impossible.  Using addons to help you notice when a major cooldown is almost ready can be helpful here, as being ready to use your cooldown as soon as it comes up can make a difference.

There are tons of ways to push out more damage for those who understand the rotation, often including ones that theorycrafters haven’t even thought of.  By thinking critically about your rotation and understanding why theorycrafters and guide writers suggest what they do you can often find new ways to push DPS.

Make no mistake: there are always ways to improve.  Here are a few extra tips:

If your raid isn’t using WarcraftLogs, then start taking logs yourself.  It’s easy.  Look over them, taking special care to look at your cooldown usage, ability Uptimes, and encounter-specific mechanics.  If you want help, ask in our forums – I even made a thread.

Be flexible.  Different specs and talents are more useful for different fights.  While progressing on Ko’ragh our Combat rogue switched to Assassination because our raid needed more spell damage despite her daggers being far inferior to her Combat weapons.  On The Butcher as a Subtlety rogue I’ve switched out my Glyph of Hemorrhaging Veins for Glyph of Smoke Bomb because my Rupture was never falling off and our raid needed that extra damage reduction to live through the soft-enrage.  Our job as rogues is to make the boss fall down as soon as possible.  Usually this means pumping out numbers with our preferred spec, but occasionally this means helping our healers save mana or saving the butts of squishier classes.  If it helps, consider that as soon as we save them with Smoke Bomb, all of the damage they do from then on is ours.

Get involved.  The only reason that we have anything close to the correct idea for how to play a rogue is because of our great community.  From the developers of ShadowCraft to the rogue who found out that Glyph of Vanish extends the duration of Subterfuge, the community is easily the most important factor in the average rogue’s performance.  If you are looking to truly push yourself, then come hang out in IRC, post in forums, and let us guide writers and theorycrafters know when something we do seems wrong or could be improved upon.  There are a ton of unanswered questions and even more that nobody has thought up yet and the more people who step up to ask and answer those questions, the better off everyone is for it. 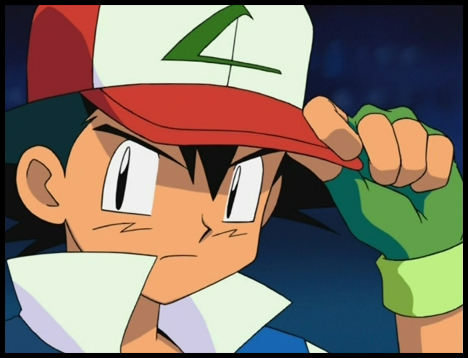