The big news of the moment is that 6.2 is up on the PTR. As always when dealing with the PTR, note that everything is subject to change.

And the Rogue bits:

Fierydemise has his first thoughts on the changes:

Wowhead has a fair amount of datamined information – of course this is both PTR and datamined and so is very much subject to change:

Rfeann has picked out several details pertinent to us:

Newly datamined Tier 18 PvE set bonuses on @Wowhead. Here are the rogue ones. (The Assn 4p is most likely a typo.) 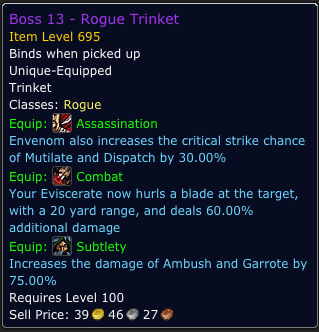 And if you think *that* trinket is interesting, you’re gonna really be intrigued by this one. http://t.co/SpWm1WKvvz 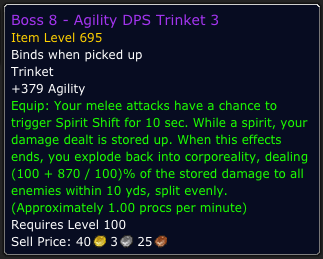 This trinket’s a bit less sexy, but could work with Combat’s Blade Flurry in interesting ways. http://t.co/66BIIzKjIs 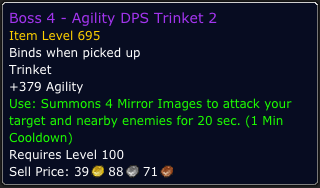 Wowhead has also posted some of the new PvP looks:

We have had warnings about trusting datamined information and @WarcraftDevs has already issued a statement about the Legendary Rings:

The Legendary ring procs that have been datamined from the 6.2 PTR are from an old design. A new design is planned for a future PTR build.

In non-PTR related news, Paryah posted a blog on Ravenhold talking about switching from Assassination to Subtlety:

and gets in on the Marked for Death vs Anticipation conversation:

If you’d like to discuss any of this, be sure to hit our forums or jump into our #ravenholdt IRC.