When Battle for Azeroth officially launches on Aug. 14, rogue players will enter the fray without one of the oldest tools in their utility belts: ShadowCraft, the rogue-specific gear optimizer. Launched in 2010 as one of the WoW community’s first online DPS optimization tools, ShadowCraft’s all-volunteer development team recently decided that it will no longer update the software for Patch 8.0.1 and beyond.

The decision to retire ShadowCraft (or ShC, for short) after nearly eight years and four WoW expansions was bittersweet for the small group of developers that has maintained it for the past several years. “It doesn’t feel great,” said Fierydemise, who in addition to co-founding Ravenholdt was one of the leading rogue class theorycrafters of this decade, and who managed ShadowCraft’s class-modeling software engine since 2014. “ShC was the continuation of the theorycrafting tradition that really got me hooked on WoW theorycrafting,” he said. “I have a certain emotional attachment to it, and because it’s cool to work on a project that folks like Aldriana, the rogue theorycrafters I looked up to, had also worked on.”
In maintaining and updating ShadowCraft over the past few years, Fierydemise and his primary colleagues — fellow theorycrafter Mystler, and website developers Tamen and Aeriwen — had carried a torch initially lit by one of WoW’s most venerable rogue-centric number crunchers, Aldriana, during the Burning Crusade expansion. Aldriana once maintained a set of complex spreadsheets that players had to download to use — and that had to be re-downloaded each time a spell formula was updated or a new piece of gear was added. When he teamed up with fellow rogue player and web developer Antiarc to launch an interactive, internet-based evolution of the spreadsheet at the start of the Cataclysm expansion — which they named “Shadowcraft” after Shadowcraft Armor, the original Tier 1 rogue raid set — it was something of a revelation: Only a couple of other such tools existed at the time, and none were regarded as especially accurate when it came to helping rogue players maximize their DPS potential through gear improvements.
Over the years, even as Aldriana passed the theorycrafting torch to nextormento, then Pathal, then on to Fierydemise and finally Mystler — and as Antiarc yielded web development duties to people like Indz, Tamen, and Aeriwen — ShadowCraft retained a reputation as the most accurate tool available for PvE players who wanted to squeeze every last drop of damage out of their rogues. Usage of ShadowCraft peaked in late 2011, during the first raid tier of the Mists of Pandaria expansion, when over 100,000 people a month visited the site to load up their rogue’s WoW Armory page and click a button to see what gems and enchants they should use — or to see how much their DPS potential might go up or down by swapping out pieces of gear.

A screenshot of ShadowCraft’s main optimization interface during the Legion expansion. (Credit: Tamen)

In more recent years, usage of ShadowCraft has waned — based in part on how WoW itself has changed, and in part on how the player community has developed other increasingly reliable tools to help rogue players optimize their characters.
“Rogue specs have evolved a lot over the years,” Mystler, who joined the ShadowCraft project in 2017 and was critical in maintaining it through Legion, wrote in a farewell post. “Increased complexity made formulations harder, while the advantages of simulations and easier simulation access (e.g., via Raidbots) made [SimulationCraft] even more popular. ShadowCraft became mostly a job of updating it to match research already done elsewhere.”
Fierydemise agreed. “It comes down to time,” he said. “With one person working on the ShC engine, you need to implement class mechanic quirks, trinket quirks, set bonuses, and also the best known rotation. … That gets insane really fast.” In addition, ShadowCraft was never run by more than a small group of volunteers. “It was a niche rogue project with one or two people looking at the code,” he added. By comparison, projects like SimulationCraft openly cultivated a team vibe and actively recruited new talent, allowing it to grow in ways that have recently made it a more robust and reliable tool for rogue players than ShadowCraft.
Ultimately, the amount of time and effort required to maintain ShadowCraft became too great to justify updating it, Mystler and his colleagues decided. “I am glad to have been part of this team of awesome people, even if only for a fraction of its lifetime,” he wrote in his farewell post.

That sentiment is clearly shared by other members of the current ShadowCraft team, a group of volunteers spread across the planet and joined together by both a mutual love for WoW’s rogue class and a mutual passion for mathematical precision. “It’s been an adventure,” posted ShadowCraft developer Tamen, who for the past five years worked primarily on the web interface players used to optimize their characters. “I’m glad to have had the experience, and I’ve made a bunch of acquaintances in the Warcraft world that I definitely wouldn’t have otherwise.”

In the end, just shy of two million people used ShadowCraft during its nearly eight-year online life, according to traffic statistics provided by Aeriwen, who joined Tamen as a site developer in 2016. “I take solace that we were the last major modeling tool standing at least. And certainly the most interactive character optimization app,” Aeriwen wrote in a farewell post.
And, of course, on the internet, nothing really dies; although the ShadowCraft site (at shadowcraft.mmo-mumble.com) is already non-functional and at some point will likely be taken down (as of this article, Tamen said the team hadn’t discussed what to do with the site itself beyond no longer updating it), the code at the heart of the DPS optimization tool will remain publicly available, as it always has — that includes Aldriana’s initial GitHub commit, the latest repositories, and just about everything in between.
But for the usually-faceless names behind ShadowCraft, the decision to shutter the project is bittersweet. “When I started on ShC, I was an aspiring developer, and since then I landed a development job and started a career in software development,” Aeriwen wrote in his farewell post. “And it is in no small part because of this project, and not the least because of the great developers that helped guide me on this project. … It is hard to express how saddened I was to discontinue ShadowCraft.”
Despite his sadness at its loss, though, Aeriwen still finds joy in what ShadowCraft represented. “Seeing it go while I also see myself moving away from the WoW community since starting my new career was surprisingly emotional,” he wrote. “So many people have put their time and passion into this game, and into the tools that players use; it speaks to the tremendous spirit of our fellow players, and why we all got so involved with this amazing community.”

The ShadowCraft home page during the Legion expansion. (Credit: Tamen) 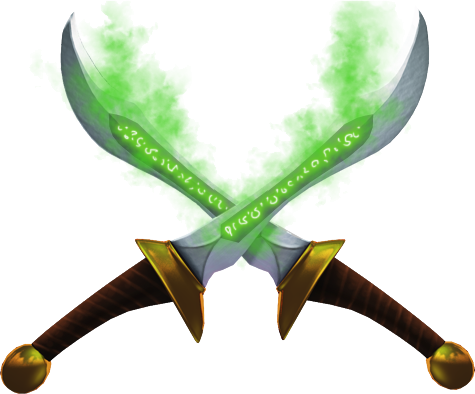 Fans of Knives: Our Weekly News Roundup for February 10th, 2015

If you aren't already a member of our Discord, come on over and join the conversation:

Make sure that you type !member in #bot-spam for permission to respond.

Streamers and people who like to watch streamers: check out the #rogue-streamers channel on Ravenholdt Discord:

We are eternally grateful for our Patreons as they help fuel the new projects that you see popping up on the discord server, the podcast, and this website.

Without our Defias Brotherhood supporters, this website would be a fragment of what it is now. So we'd like to offer a special thanks to:

If you're interested in joining the Defias Brotherhood click the link below and earn our eternal love for your support!

Merch: You Know You Want It

Fans of Knives is back! @MarcelianOnline
@Wowhead
@ZeraTheRedRogue
...and more!

Come by our discord and check out our awesome custom emojis by @thordram They are freakin' adorbs!

Our Discord outage begins momentarily. Please do what you can, be it a small or large thing (including donating to the organizations #ActiBlizzWalkout identified, if you have the means) to support women in the gaming industry and act against bullying, assault, and discrimination.

In solidarity with the #ActiBlizzWalkout 💙, the Ravenholdt Discord channels will go silent from 10am-2pm PT on July 28, 2021.

Fans of Knives: Have you heard, there's about to be a new xpac...